WE BELIEVE IN DIVERSITY

Not only do we believe diversity in our staff makes us stronger, but we are staunch supporters of Austin’s Multicultural Chambers and communities. The Fowler Law Firm PC understands that the best way to comprehend the unique legal challenges various cultural groups encounter is to be engaged in dialogue and service within these communities.

Whether you are in need of representation to defend your civil liberties or are an entrepreneur or small business owner looking to get your business off the ground, The Fowler Law Firm, PC stands ready and able to represent the legal needs of ALL members of our community.

CONTACT US today for a no-obligation, free consultation with an attorney to discuss the specifics of your needs.

Hispanics comprise more than 35% of the 5-county Austin metropolitan area, according to the 2010 Census. The Austin American Statesman reported last year that Williamson and Hays Counties are among those with the fastest-growing Latino populations in the state.

While immigration continues to be an important legal issue for Hispanics in the United States, the Latino community often faces other important and unique legal challenges. Protection of low-wage workers from unsafe work conditions and unpaid wages, discrimination in education and the workplace, and assistance navigating U.S. business law for many family-owned small businesses are just a few.

The Fowler Law Firm PC is an active member of the Greater Austin Hispanic Chamber of Commerce and works closely with several social sector organizations that serve Austin’s growing Latino population. We have bilingual staff that is prepared to help you navigate any legal challenges you encounter.

The Fowler Law Firm PC works closely with the Chamber to provide educational classes for members in the community throughout the year and is an avid supporter of many local nonprofits that serve this burgeoning Austin community.

Austin continues to struggle in attracting African-American families from moving and convincing prospective black residents that the city is as welcoming as it claims to be. Recent numbers released by the U.S. Census Bureau show the total number of African-Americans in the city is on the rise, but the percentage of the population that is black continues to fall, down to 7.6% as more people move in.

The Fowler Law Firm PC everyone should feel welcome in our great city. That is why we are ardent supporters of Greater Austin Black Chamber of Commerce, Black owned businesses and of the community at large. We are avid defenders of civil and human rights—which all too often seem to be the subject of headlines in our society.

The Fowler Law Firm, PC is a stalwart supporter and is committed to defending the rights of our LGBT and allied friends. The firm is proud to be an active member of the Austin LGBT Bar Association and the Austin LGBT Chamber of Commerce.

Our LGBT friends continue to face complex legal challenges not experiences by non-LGBT citizens throughout the United States. They remain vulnerable to discrimination in employment, housing, and private or public services. Although same-sex couples now enjoy the rights of marriage throughout the United Stated due to the U.S. Supreme Court ruling in Obergefell v. Hodges, it does not preclude them from taking the same precautions recommended in any marriage to create a solid foundation for a successful partnership between two individuals while setting clear parameters for each person’s legacy in their death. Adoption by same-sex married couples is also legal nationwide, though policies regarding adoption vary greatly from jurisdiction to jurisdiction.

The Fowler Law Firm is a proud member of the following organizations. 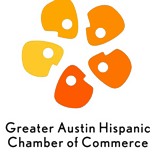 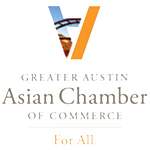 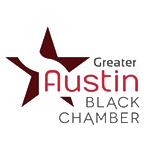 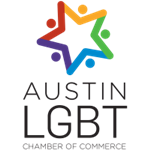