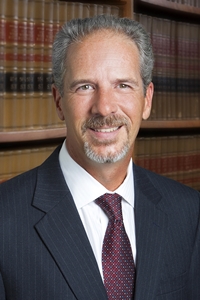 Scientist, Teacher, Theater and Lighting Designer and Lawyer. Michael has been all of these things. Making his way from a small town in northern Pennsylvania to eventually find his way to Austin took a few years and several stops. Michael graduated from Dickinson College in 1990 with a double major in Biology and Philosophy and earned the Baird Biology Prize. His next stop was Tucson, AZ where he earned a Masters in Molecular and Cellular Biology from the University of Arizona. Although he was a biochemist studying cell motility mechanisms in the nematode worm, C. elegans, his friends just say he was studying “worm sperm.”

Michael finally made it to Texas in 1992 when he moved to Austin as a biology teacher, theater technical director, and Outdoor Program co-director at St. Stephen’s Episcopal School where he opened young minds to the wonders of the natural world in the classroom and while backpacking, canoeing, or rock climbing. He also renewed his love of theater and worked with students to design and build sets and illuminate the stage with a keen eye for the magic that is live theater. After leaving Saint Stephen’s, Michael opened Smith Design and Production, a company serving the technical theater needs of Austin’s thriving live theater scene including technical direction, stage management, set design and construction and lighting design.

Michael took a brief hiatus from Austin to finally pursue another passion at Santa Clara University School of Law. He spent a summer in Munich as part of the International Intellectual Property Law Program and as a legal intern with Boehmert & Boehmert. He was also the Editor-in-Chief of the Santa Clara Computer & High Technology Law Journal, received the High Tech Law Certificate, and was an officer for the Intellectual Property Law Association.

Straight out of law school, Michael joined the Austin office of Vinson & Elkins as a patent litigator in 2002 where he began honing his deposition and courtroom skills representing small inventors and Fortune 100 companies. He attended the NITA National Trial Program in Colorado and also spent three months as a Lawyer on Loan with the Dallas District Attorney where he first chaired several jury trials.

Answering the siren song of the courtroom, Michael started a solo practice in 2008 expanding to a general law practice that included criminal defense, family law, business litigation, and commercial real estate. In 2010 he joined some of his former V&E colleagues at a new venture, F&B LLP, a patent litigation boutique. After closing that firm in 2012, Michael resumed his solo practice with a narrower focus on business-related litigation including breach of contract, partnership disputes, construction defects, breach of licensing agreements, and commercial real estate.

Michael is licensed to practice before all Texas state courts as well as the Federal District Courts for the Western, Northern, Eastern and Southern Districts of Texas and the Eastern District of Michigan. Michael is also admitted to practice before the U.S. Court of Appeals for the Federal Circuit and is a registered Patent Attorney with the United States Patent and Trademark Office.

Michael lives in Austin with his wonderful wife, Donna, and their three children. Donna, an Austin native, is also a licensed Physical Therapist, and owner of Little Tesoros Therapy Services, where she and her staff provide physical, occupational, and speech therapy from three clinic locations in Austin to empower the children in their care to live their lives in abundance every day!

Michael and Donna are avid supporters of Water to Thrive, CASA of Travis County, Sammy’s House and other organizations devoted to special needs children.

He is also active in the community and his church, Redeemer Lutheran. 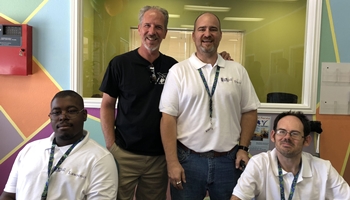 Lawrence Walker, Michael Smith, Daniel Carroll and Brandon Palmer at the opening of the One World Recreation Center in Cedar Park, an inclusive rec center for all abilities and needs. 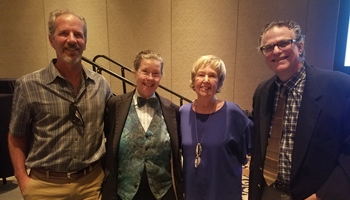 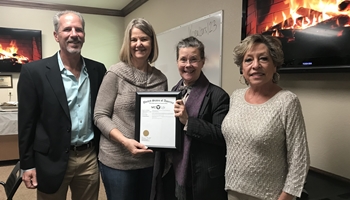